95.4% Patient Satisfaction based on 622 ratings 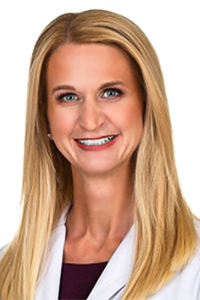 Dr. Miller completed medical school at Loyola University Stritch School of Medicine and a residency in Obstetrics and Gynecology at Rush University Medical Center in Chicago. She spent part of her childhood in Naples and returned to join A Woman’s Place in 2009 after spending time in private practice in Jackson, Tennessee. Dr. Miller’s interests lie in minimally invasive surgery including da Vinci® hysterectomy, myomectomy and endometriosis resection; laparoscopy; in-office procedures such as hysteroscopies and Novasure®; high risk obstetrics; and adolescent gynecology. Outside of the office, she enjoys spending time with her husband and four children, reading, and running.