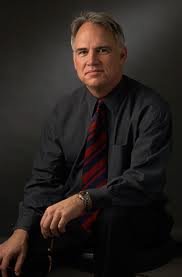 James H. French Jr., MD, FACS is the former Chief of Plastic Surgery at Fairfax Hospital and served on the clinical faculty at Georgetown University School of Medicine.

An Arkansas native, Dr. French is a graduate of the Louisiana State University School of Medicine in New Orleans, where he also completed his residency training in general surgery. He received his plastic surgery training at Vanderbilt University and also completed a Craniofacial Surgery Fellowship at New York University.

Dr. French held a Presidential Appointment to the National Cancer Advisory Board. Past professional appointments include: Assistant Professor of Plastic Surgery at the Johns Hopkins University School of Medicine, Co-Director of the Facial Rehabilitation Center at the Children’s Hospital in Baltimore and Chief of Plastic Surgery at the Baltimore City Hospitals, where he also served as Co-Director of the Regional Burn Center.

Dr. French has been named in Washingtonian Magazine's Top Doctors many times as one of the best plastic surgeons in Washington DC, and is also listed in The Best Doctors in America.