97.6% Patient Satisfaction based on 98 ratings 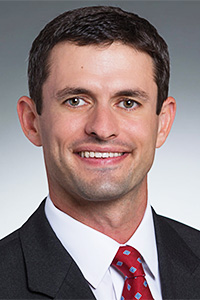 Dr. Nodler was born and raised in Houston, Texas. He is board certified in Reproductive Endocrinology and Infertility by the American Board of Obstetrics and Gynecology. Dr. Nodler is the site director for the CCRM Houston Medical Center office located next to the Women’s Hospital of Texas. He sees patients at the Medical Center and Memorial City locations. He has many years of experience in IVF treatment, IUI treatment, PCOS treatment, gestational surrogacy, among other areas. Dr. Nodler has been named a “Rising Star Super Doc” by Texas Monthly magazine from 2016 to 2018, an honor given to only 2.5 percent of doctors in the state. He was also named a “Top Doctor” by Houstonia and H-Texas magazines, voted to be one of the Top 3 Physicians in Houston regardless of specialty by The Leader magazine, and named 2021 Castle Connolly Top Doctor.

Dr. Nodler was an Instructor at Harvard Medical School and a Visiting Scientist at Boston Children’s Hospital while completing his fellowship in Reproductive Endocrinology and Infertility at Harvard Medical School’s Brigham and Women’s Hospital in Boston, Massachusetts. He received his Baccalaureate degree in Biology from the University of Texas at Austin. Following medical school at the Texas Tech University School of Medicine, Dr. Nodler completed residency training in Obstetrics and Gynecology at the University of Alabama at Birmingham.

Dr. Nodler’s research at Harvard focused on the areas of nutrition and endometriosis. He has also published in peer-reviewed journals and presented research at national meetings on recurrent pregnancy loss, reproductive surgery, and polycystic ovarian syndrome, and published data on uterine fibroids while working at the National Institutes of Health in Bethesda, Maryland.