96.0% Patient Satisfaction based on 870 ratings 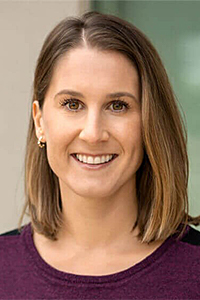 As a Texas Monthly "Super Doctor – Rising Star," our board-certified OBGYN Dr. Kari Fay takes great pride in her work at the Caring Center for Women in San Marcos and New Braunfels, TX. She is board certified by the American Board of Obstetrics and Gynecology (ABOG). Since 2011, Dr. Fay has taken great pride in her work at the Caring Center for Women. She is a member of the Texas Medical Association (TMA), TriCounty Medical Society, and the American Association of Gynecologic Laparoscopists (AAGL). Whether she is delivering babies or performing life-saving surgeries, Dr. Fay has medical privileges at many local medical facilities, including the Central Texas Medical Center and Resolute Health Hospital. In addition, Dr. Fay serves as the medical director for Family Planning Clinics in Hays County since 2011, and as the department chair of the OBGYN department at Central Texas Medical Center since 2016.

Dr. Fay has honed her skills while working as an OBGYN at the Caring Center for Women. She is certified to perform da Vinci robotic-assisted surgeries for hysterectomies. She also has extensive experience with problematic menstrual cycles (pain, heavy bleeding, irregularity), infertility, birth control, childbirth, cesarean sections, menopause, and other surgical solutions within the female reproduction system.

Dr. Fay and her husband, Andy, have three young daughters and three sweet doggies to spend time with at home. If you want to strike up a conversation with Dr. Fay, ask her about being a private pilot when she is off duty at the Caring Center for Women. You might also share a common interest in jogging or in cooking delicious foods.