97.8% Patient Satisfaction based on 115 ratings

Katherine McKnight
4.89
Based on 115 ratings 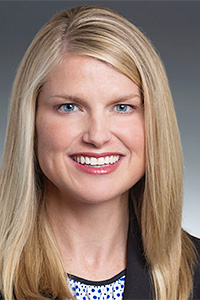 Dr. McKnight is Board-Certified in Reproductive Endocrinology and Infertility by the American Board of Obstetricians and Gynecologists. In 2012, she joined Houston IVF and was named a “Texas Rising Star” by Super Docs in Texas Monthly Magazine in 2012, an honor repeated in 2013 and 2014. She has also been designated as a 2019 “Top Doctor” by Houstonia and 2021 Castle Connolly Top Doctor. She served on the national genetics committee for the American Congress of Obstetricians and Gynecologists (ACOG) and has held several leadership positions in ACOG at the district and state levels. Her clinical interests and areas of expertise include in vitro fertilization, fertility-sparing surgery, polycystic ovary syndrome, and fertility preservation.

She received her Baccalaureate Degree in molecular biology from the University of Washington, graduating with honors. She then attended medical school at the University of Texas Health Science Center at San Antonio, with induction into the Alpha Omega Alpha National Medical Honor Society. Dr. McKnight completed residency training in Obstetrics and Gynecology and a fellowship in Reproductive Endocrinology and Infertility at the University of Alabama at Birmingham.

Dr. McKnight is a Fellow of the American Congress of Obstetricians and Gynecologists, member of the American Society for Reproductive Medicine, and member of the Society for Reproductive Endocrinology and Infertility. She has received many honors and awards including APGO Medical Education Foundation Scholars Award, Society of Laparoendoscopic Surgeons Resident Achievement Award, ACOG Future Leaders in Obstetrics and Gynecology Award, Paul C. Weinberg Award for Excellence in Women’s Health, and membership in the Alpha Omega Alpha National Medical Honor Society.

Dr. McKnight has published research articles in both basic science and clinical medicine peer-reviewed journals including Science and Fertility and Sterility. She has presented her research on factors affecting fertilization, ovulation induction, menopause, and maternal-fetal infections at national meetings including the American Society for Reproductive Medicine and the Society for Gynecologic Investigation.