93.4% Patient Satisfaction based on 296 ratings

Scroll down to read and filter verified real patient reviews for Kevin M. Blume, DO . You can also see locations, or contact Kevin M. Blume right here at RealPatientRatings®. 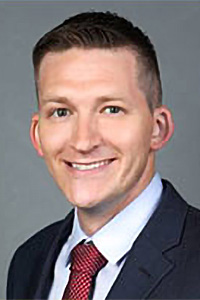 Dr. Kevin Blume was born in Mattoon, Illinois where he grew up on his family farm. He later moved to Champaign, Illinois where he earned his bachelor's degree in Molecular and Cellular Biology with minors in Business and Chemistry from the University of Illinois.

After completing college, he attended Des Moines University College of Osteopathic Medicine in Des Moines, Iowa. During medical school, he took great pride in being a leader of his class serving as Class Treasurer for all four years and President of a national medical student interest group.

When not working, Dr. Blume enjoys spending his time with his wife and their Shetland-Chihuahua dog. They are very active and spend their time exploring new places. Dr. Blume also enjoys skiing, scuba diving, biking, basketball, and astronomy.