97.6% Patient Satisfaction based on 250 ratings 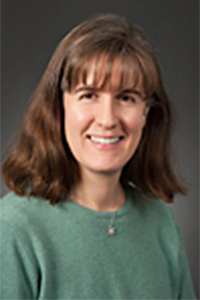 Dr. Laura Maciel Erdman was born in Mexico and grew up in northern New Jersey. She received her B.S. in Chemical Engineering from Princeton University and earned her M.D. in 1997 from Cornell University Medical College. She completed her residency in Obstetrics & Gynecology at Baylor College of Medicine in 2001, serving as administrative chief resident during her fourth year. Later, she joined the faculty at Baylor as an Assistant Professor of Ob/Gyn. After moving to Baltimore County in 2003, Dr. Erdman spent two years at an inner-city not-for-profit community health center, providing obstetric and gynecologic care to an underserved Hispanic population. Dr. Erdman is board-certified and has been a Diplomate of the American Board of Obstetrics & Gynecology since 2003. In 2006, Dr. Erdman joined Charles Street OB/GYN and has been an integral part of the Charles Street team ever since. Dr. Erdman and her husband reside in Maryland with their four children.