92.4% Patient Satisfaction based on 198 ratings 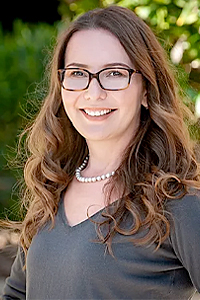 Facebook
Close
Sort options
Search filters
Service type
Reviewer
How we do it Why you can trust our reviews Find a provider
Active filters: Click X to remove any filter or reset all
All filters are off. Customize your search by using the sidebar options below.
Lilia Sen, MD Reviews (77)
02/23/2021

Office staff are all very friendly, doctor is great

Everyone was nice and very helpful.

Doctor was SO NICE. Made me feel at ease, didn't fat shame or opioid shame me which was huge. Doctors that do that (thankfully very few) immediately shut the patient down. I will definitely return each year. It had been years since my last Gyn visit due to the doctor not being able to get past my weight.

Staff were kind and I love my doctor. She's so gentle, quick and explained process of exam.

I tried to go to another office since we moved but I was not impressed and love how close harmony is to radiology and they have the right ultrasound equipment available!

Doctor was kind and answered all questions

Anna was such a sweetheart when helping me with my questions and Dr. Sen made me feel comfortable when talking about birth control and getting my papsmear done.

Dr. Sem was good at explaining how my pregnancy is going.

On time and factual.

Dr. Sen is very informative and straight. I have never had a doctor tell me and explain to me what is going to happen and what had happened. I appreciate it and have more knowledge of my surgery and what it entailed.

Dr. Sen is very friendly. Makes you feel comfortable talking about female issues. She genuinely cares and wants to help. She sets up a health plan and will follow up to make sure it's working for you. She really does care about her patients. I recommend her highly.

Nice to go to an appointment in Willcox.

Dr. Sen and the team were very patient, kind and made sure I clearly understood every step.

Very welcoming, very informative, answered all questions, made sure I left feeling confident and comfortable about the healing process.

She was attentive and answered my questions

Dr. Sen was extremely friendly and made my least favorite appointment, pleasant. She was also fast! I was in and out within 30 minutes, but I never felt rushed in any way.

She explained everything to me in a clear and logical manner and also explained to me all off the possible outcomes and possible future procedures.

She listened, was kind and professional, answered my questions.

Nice. Not a lot of waiting.

Dr. Sen is very nice and explains all options. She listens to my concerns and helps me make the most informed decision on my health.

Very smooth appointment and made me feel safe and that I will be taken care of throughout this journey.

Most of the staff are nice and friendly. I like that they use cloth robes and sheets.

I am always satisfied with my experience with Lila Sen. She is great at what she does. I am so glad I had her my whole pregnancy!

I am highly satisfied with my Doctor's knowledge and the comfortable, personable experience.

Excellent staff, very friendly. I was seen ahead of schedule and check in was easy.

Easy to make appointment, easy to check in and seen in a timely manner once in the exam room.

Front desk staff was friendly, doctor was personable and had a good bedside manner.

I felt like I received excellent care and attention.

My doctor listened to my issues and was very thorough in going about figuring out how to help me.

Attentiveness and I wasn't waiting long to see my doctor

Staff and Dr. Sen were very friendly and punctual. Dr. Sen provides a lot of great information during my appointments and sets a welcoming environment.

The staff is great and always super nice.

Dr. Sen was very kind and was great at listening to my concerns. She was thorough in telling me about a plan of action for my symptoms.

She was fairly honest with me re: my upcoming surgery.

Dr. Sen is an excellent doctor, all the staff are always very nice and professional.

Dr. Sen was very nice and heard all of my concerns but tried to sell me on going back on metformin after I had told her I would not take it ever again because of the stomach issues it caused me and when I was taking it I was automatically labeled as diabetic even though every lab result confirmed I'm not. I had told her I understand it was to control my irregular periods due to PCOS but I have had just as much luck with birth control to do this she then tried to tell me that I would get hair where I don't usually get it and that I would start losing existing hair. I have been plucking my chin for years, I'm used to the extra hair and I have done so much damage to my head dying my hair I'm used to it coming out due to damage and breakage. She then started fat shamming me saying my PCOS would go away if I lost weight... not every medical issue is magically fixed with weight loss asking any right minded doctor I explained to her my weight gain is due to my prolonged prednisone usage and I was being weened off if it prednisone messes with your metabolism sometimes I can't stop eating sometimes I don't feel like eating, there is no in between with that medication. Then she said ok well did I ever consider stomach surgery. I have contemplated this many times over the years and contacted my insurance to find out how much they would cover, they told me that surgery is cosmetic they do not cover cosmetic surgeries so I would be left to pay the thousands of dollars out of pocket. Dr. Sen then says she's had other patients with my insurance have that surgery covered then they got plastic surgery to tighten things up... both stomach surgery and plastic surgery are cosmetic. I was not making up excuses for things this is what I have come to learn over the years I don't know if she's ever had patients who have as much notion to call the insurance to find out the services they can and cant get but I do.

They were kind and understanding and supporting

She is thorough and makes me feel comfortable. It's hard to feel comfortable with these types of appointments so it matters when the doctor eases the embarrassment and intimidation. She did a wonderful job placing my IUD and gave me great after-care instructions. I trust her.

I had to come with my baby because my husband was working. They checked me in and got me into a room immediately. This was important because of COVID and having to bring my newborn to my appointment. The staff are always engaged from the front to the MAs that take my vitals to Dr. Sen.

Everyone is so friendly and feels willing to help. The Dr. is open to hear any questions or concerns. I'm not stuck waiting forever to be seem.

Dr. Sen is a wonderful, knowledgeable and patient physician. He staff is very friendly and efficient as well.

They have handled the COVID situation really well. I feel very safe there.

I liked her expertise.

Dr. Sen is smart, efficient, conscientious, knowledgable and really listened to and addressed my concerns.

Dr. Sen is very knowledgeable and takes her time to answer all of your questions.

Dr. Sen is a great Doctor. She always listens to you and tells you exactly how things are. I feel very comfortable with her and she always answers my questions.

Office is conveniently located near me. I was greeted upon arrival. The front desk staff member was courteous. The staff member who called me into the back area who took my vitals was quick and professional. I found Dr. Sen to be professional with a good bedside manner. She gave me detailed information regarding my exam and follow up. The office called and left a message regarding my test results in a timely manner just as they said they would.

Pleasant staff and physician. Little if any time waiting.

My doctor was straightforward and direct, very professional. I appreciate that.

I felt like Dr. Sen was very fast with the appointment and it felt really rushed and lacked compassion for a patient who is not only new to Arizona, but it's also my first time with an IUD.

Dr. Sen is always honest and explains everything to me. Also, the receptionist are the sweetest ever!

My Doctor was thorough in explaining the procedure before and after.

The staff was great and very welcoming.

Her assistant was patient and kind with me.

The doctor was quick, professional, and honest. She helped me pick a birth control plan that's right for me as well as what testing we chose to do beforehand. I really appreciated her overall demeanor and she actually made me feel comfortable which is something I didn't ever imagine myself saying about an OBGYN appointment.

Everyone at Harmony is always so nice and helpful. Dr. Sen is an amazing doctor!