93.0% Patient Satisfaction based on 505 ratings 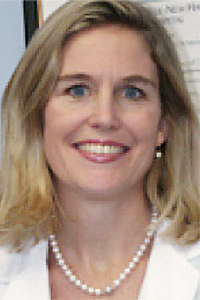 Dr. Hunt joined the practice in September of 2006. After graduating from Princeton University, she attended medical school at New York University and then completed her residency at Yale-New Haven Hospital. She returned to New Jersey after a short career in private practice in Manhattan and then one year in Vail, Colorado. Having grown up in Mendham, she feels like she if finally back home.

American Board of Obstetrics & Gynecology