97.4% Patient Satisfaction based on 202 ratings

Meredith Tussing
4.87
Based on 202 ratings
Value for the price 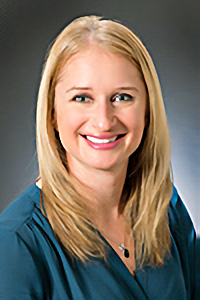 Meredith Tussing is originally from Minnesota where she attended St. Catherine University for her bachelor’s degree in Nursing, graduating in 2002. She later attended California State University for her Master’s degree specializing in Women’s Health, graduating in 2010 as a Certified Nurse Midwife and Women’s Health Nurse Practitioner. While attending CSUF, she was awarded a GAANN grant allowing her to focus on research in the area of academics and the needs of non-traditional nursing students. She was also inducted into Sigma Theta Tau and Phi Beta Delta honor societies for her efforts in international research. In 2019, she graduated with an MPH in Global Health from George Washington University with a focus on Sexual Reproductive Health and gender-based violence in the Middle East.

She has been practicing in Women’s Health for a total of 18 years, with special interest in contraception, urogynecology, gynecology, and adolescent health. In addition to working in private practice and hospitals all over America, she has repeatedly traveled to Central America, Haiti, and Iraq to provide health care to those in need with various non-governmental organizations. When she is not working she enjoys spending time with her husband and Great Dane mix, traveling, and CrossFitting.