94.6% Patient Satisfaction based on 302 ratings 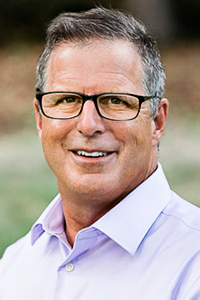 Born and raised in Gainesville, Florida, Dr. Cotter is a diehard University of Florida Gator fan. Before him, his father, Dr. Julian Cotter, served as an ObGyn for over 20 years in Gainesville. Medicine is somewhat of a family tradition. Dr. Cotter’s wife, Shenary, also practices medicine as a Family Medicine Physician.

Dr. Cotter didn’t stray too far from his hometown for his college education. He earned a Bachelor of Science in Biology and a Bachelor of Arts in Chemistry from Emory University in Atlanta, Georgia. Following his undergraduate education, he attended the University of Miami School of Medicine and the University of Florida College of Medicine to earned an MD. After graduation, Dr. Cotter completed his residency in Obstetrics and Gynecology at Shands in Jacksonville, Florida.

When asked what his favorite thing about being a doctor is, Dr. Cotter answered, “I enjoy delivering babies and being part of the pregnancy and birth process with expectant couples.”

Dr. Cotter is guided by the Patient Care Philosophy: Explore and address the patient’s concerns in an effort to fulfill their desired outcome through the use of evidence-based medicine.

The Cotters have four children, and they attend Greenhouse Church. Giving back is very important to the Cotter family. They support several local and international charities, including Arbor House, Compassion International, Heifer.org, and Water.org. Additionally, Dr. Cotter volunteers his time outside the United States. During his most recent trip, he visited Guatemala where he served as an ObGyn in a small, local hospital for a week. He also supports Michael Rudolph’s mission organization, Aid for Haiti.

In his free time, Dr. Cotter spends time snowboarding, working out at the gym, playing with his children, and spending time with family. When he is afforded time to read recreationally, his enjoys the authors, Lee Child and David Balducci.