95.4% Patient Satisfaction based on 550 ratings 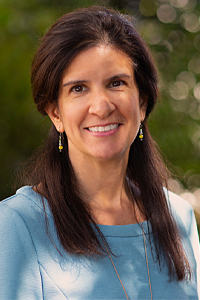 Dr. Michelle Homeister received her Bachelor of Science from The University of Michigan, Ann Arbor (1988) and remained there performing biomedical research for several years thereafter. She earned her medical degree from the Michigan State College of Human Medicine in East Lansing, Michigan (1996) and completed her OB/GYN residency at MSUCHM (2000). Following training, she spent five years in private practice and as a CHM-MSU clinical instructor in Flint, Michigan. The Homeisters moved to Raleigh in 2005 when her husband joined the faculty at the UNC School of Medicine.

Dr. Homeister joined the Wilkerson OB/GYN family in 2008. She enjoys general obstetrics and gynecology practice and feels that establishing a good rapport and trusting relationship is crucial to successful outcomes. Of special interest to Dr. Homeister is gynecologic surgery including hysteroscopic myomectomy, polypectomy, endometrial ablation and Robotics Surgery. She is a trained da Vinci Surgeon and can be found on the DavinciSurgery.com physician finder page.

The Homeisters have two sons, Hans (2000) and Nolan (2003). The family enjoys skiing out west, summertime lake living in Michigan and visiting the North Carolina beaches and mountains as often as possible. Around their home, you will find various restoration projects (1974 International Scout or 1960 Mahogany Chris Craft) and spoiled dogs (their Vizsla is near human). On her days off you might find Dr. Homeister enjoying cooking, reading, or exercising. She hopes to add painting, golfing and playing the piano in the future!