96.0% Patient Satisfaction based on 225 ratings 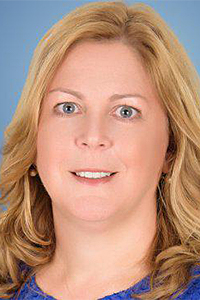 Dr. Maydew earned her medical degree from the University of Iowa Carver College of Medicine in Iowa City, Iowa. After that, she moved to Chicago to do her residency training in obstetrics and gynecology at the University of Chicago.

She’s been practicing in the Cary area since 1999. Between 2007 and 2008, she chaired the Quality Assurance Committee, and between 2009 and 2010, she served as OB/GYN Department Chair. From 2013 to 2016, the National Committee for Quality Assurance annually recognized her for the quality of prenatal and postpartum care she provides patients.

When she’s not caring for patients at Cary OB/GYN, Dr. Maydew enjoys spending time with her husband and their three kids at their home in Cary.