90.4% Patient Satisfaction based on 594 ratings 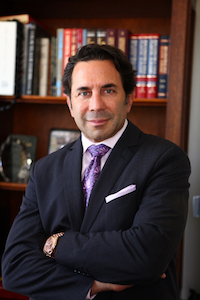 Dr. Paul Nassif is a facial plastic and reconstructive surgeon residing in Beverly Hills, California. Dr. Nassif is well known for specializing in revision and ethnic rhinoplasty, as well as aging face surgery. He is highly sought after by patients worldwide for help in correcting some of the most challenging complications cases, which led him to being Trusted with Faces Worldwide™.

As a highly experienced surgeon, Dr. Nassif prides himself on providing his patients with natural looking rhinoplasty results. With his skills in aging face surgery (endoscopic surgery) he also works to conceal incisions by performing minimally invasive procedures that reduce the evidence of scars. Additionally, his specialty in ethnic rhinoplasty allows him to provide results tailored to people of all ethnicities and as a revision rhinoplasty expert, he maintains skills in helping those who have had rhinoplasty procedures on multiple occasions. Most recently, his work as a revision rhinoplasty surgeon has been featured on the television show Botched!, which follows world-renowned surgeons Dr. Nassif and Dr. Terry Dubrow as they fix the effects of some of the most difficult and poorly done plastic surgeries.

Dr. Nassif’s pioneering techniques have gained acclaim worldwide by his patients, his peers, and the media. Dr. Nassif is the inventor of the “Anti-Gravity Facelift,” a technique that leaves no visible scarring behind. This procedure helps the patient to heal as quickly as possible with the use of platelet gel derived from the patient’s own blood cells.