96.2% Patient Satisfaction based on 160 ratings

Scroll down to read and filter verified real patient reviews for Sharon B. Mass, MD . You can also see locations, or contact Sharon B. Mass right here at RealPatientRatings®.

Sharon Mass
4.81
Based on 160 ratings
Value for the price 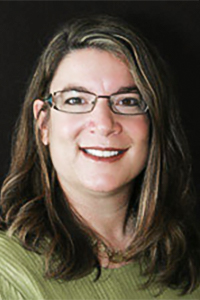 Dr. Sharon Mass joined Morristown OB/GYN in 1997. She received her undergraduate degree from Cornell University, her medical degree from Jefferson Medical College and completed her residency in OB/GYN at Thomas Jefferson University Hospital.

Dr. Mass has held leadership positions in the American College of Obstetricians and Gynecologists for the past 18 years. Currently, Dr. Mass serves as the Vice-Chair and Legislative Chair of the NJ section of ACOG and also chairs the NJ State Women’s Health Coalition. She is the ACOG representative to the United States Breastfeeding Committee.

In her practice, Dr. Mass enjoys taking care of women of all ages, from adolescence through menopause, and managing both high- and low-risk pregnancies. She has been named as a “Top Doctor” in New Jersey Monthly magazine and is married with two children.