97.0% Patient Satisfaction based on 582 ratings 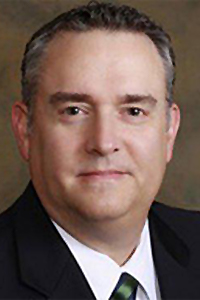 Dr. Steven Maggid joined Capital Women's Care in 1993, where women in Rockville and Silver Spring, Maryland, rely on his expertise in contraception, abnormal Pap smears, HPV disease, and abnormal bleeding. He also has a particular interest in high-risk pregnancy, prenatal genetic testing, and cervical cerclage for the treatment of incompetent cervix during pregnancy.

During his 25 years at Capital Women’s Care, Dr. Maggid has developed an expertise in minimally-invasive surgery, including advanced hysteroscopic and laparoscopic surgeries. He performs most of his surgical procedures using the minimally invasive approach.

Dr. Maggid has been recognized as one of the “Top Doctors” in his field by many organizations, including Washingtonian magazine, The American Consumer Research Council, the National Consumers Checkbook, and the Best Doctors in America database. He has also appeared on the Discovery Health Channel program “Birthday Live” on two occasions.

When he’s not in the office, Dr. Maggid spends time with his wife and two children.