98.4% Patient Satisfaction based on 13 ratings 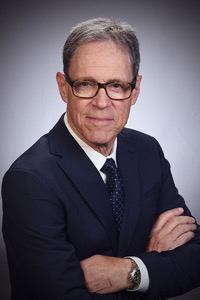 Dr. Steven Schutzer was born in The Bronx, New York. He graduated with Honors from Union College and then the University of Virginia School of Medicine. Dr. Schutzer was a Lieutenant in the Medical Corps of the United States Navy.

Dr. Schutzer is a Founding Member of the Connecticut Joint Replacement Institute and served as its Medical Director from 2007–2021. He is currently the Physician Executive for the Trinity Health of New England Orthopedic Service Line overseeing orthopedics at Saint Francis, Saint Mary’s Hospital, and Mercy Medical Center.

Dr. Schutzer is a member of the American Academy of Orthopedic Surgeons and the American Association of Hip and Knee Surgeons. He serves on the Executive Board of the Connecticut Moving To Value Alliance, the Board of Directors of the Center for Neuro-functional Restoration (CNR), The Connecticut Joint Replacement Surgeons, and dancEnlight (a modern dance company, President of the Board).

In addition to his professional and community activities, Dr. Schutzer has numerous outside interests. He holds a third-degree black belt in Tae Kwon Do and Hapkido. He is an avid fisherman and outdoorsman, enjoys riding motorcycles, working with his tractor, water skiing, playing guitar, and practicing Chinese Calligraphy.