93.8% Patient Satisfaction based on 669 ratings 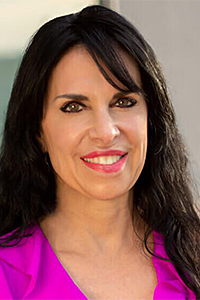 Urogynecologist surgeon Dr. Teresa Irwin is board certified in female pelvic medicine and reconstructive surgery (FPMRS), and by the American Board of Obstetrics and Gynecology (ABOG). She is the president of the Caring Center for Women, which services two locations in San Marcos and New Braunfels, TX. Dr. Irwin is the only board-certified female pelvic medicine and reconstructive surgeon in the San Antonio and Austin, TX Corridor. As an award-winning urogynecologist between San Antonio and Austin, Dr. Irwin has been voted as one of "Texas' Best Doctors" by Texas Monthly in 2005 – 2007. In 2011, she was also featured as one of their "Super Doctors."

She also provides women of all ages in Central Texas with advanced female pelvic medicine, reconstructive surgery of the pelvic floor, and gynecologic aesthetic surgery. Her philosophy is to present extraordinary healthcare throughout a woman's life by treating the whole person (body, mind, and spirit) with care in a supportive environment, and provide a wealth of information to make quality healthcare decisions.

Licensed to practice medicine in the state of Texas since 1997, Dr. Irwin has developed several specialties in her realm as a urogynecologist. In 2012, Intuitive Surgical, Inc. trained her to be a robotic gynecologic surgeon proctor and she has been training doctors to use the robotic daVinci tools ever since. She also serves as an expert consultant.

In the operating room, she performs multiple types of pelvic floor reconstructions, anti-incontinence procedures, InterStim neuromodulation, and vaginoplasty. In her career, she has served in many different roles in the medical profession, starting as a coronary care unit charge nurse at the Sierra Medical Center in El Paso, TX from 1990 – 1992. For a year (1992 – 1993), she was a clinical research nurse in cardiology under Dr. R. W. Smalling at the University of Texas Health and Science Center at Houston. During that same time, she was a critical care agency nurse with Pulse Medical Staffing in Houston, TX until 1996 when she went to medical school. From 2000 – 2013, Dr. Irwin served as the medical director for family planning clinics in Hays County and surrounding areas. She came on board at the San Marcos, TX Caring Center for Women in 2000 as an OBGYN.

While earning a Bachelor of Science degree in nursing from the University Texas-El Paso, College of Nursing and Allied Health, Dr. Irwin was a member of their National Honor Society, Dean's List, and their International Honor Society for Nursing (Sigma Theta Tau). Then, she went on study medicine at the University of Health Science Center at Houston and earned her Doctorate in Medicine in 1996. She was recognized as a member of their Medical Honor Society (Alpha Omega Alpha). For her internship and residency, Dr. Irwin was accepted into the OBGYN program at the Baylor College of Medicine from 1996 – 2000.

Dr. Irwin is a mother of three sons and loves to live an active lifestyle in body, mind, and spirit. She has participated in several missionary trips as a medical volunteer. In 2005 – 2007, she traveled with the First United Methodist Church group several times to Puebla, Mexico. In 2008 – 2009, Dr. Irwin volunteered twice with the St. John Catholic Church to Nuevo Laredo, Mexico. Her most recent missionary trip was to Kingston and Maggoty, Jamaica in March through April 2015 for Medicine in Action. She is bilingual in English and Spanish.

As an exercise enthusiast, Dr. Irwin keeps her body in shape with belly dancing, Zumba, running, boot camps, and obstacle course races with her family. She was also a prior physique competitor.