97.2% Patient Satisfaction based on 246 ratings

Terri Johnson
4.86
Based on 246 ratings
Value for the price 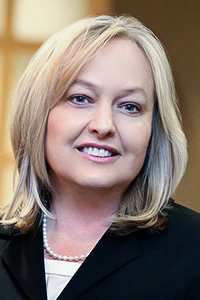 Born and raised in Two Harbors, MN, Dr. Terri Johnson puts ordinary Minnesota nice to shame. As one of her medical associates says, “Terri has a lot of stamina and is incredibly generous. She can do a huge favor for a patient or colleague and think nothing of it. Sharing her skill and energy just comes naturally. The only complaint I’ve ever heard about her is that she’s much too cheerful in the middle of the night.”

Before attending medical school, Dr. Johnson worked as a medical technologist and her background in laboratory medicine still comes in handy. But working in a lab didn’t provide enough contact with the human side of medical care. “I love getting to know my patients.”

Dr. Johnson has practiced at OBGYN West since 1987 and is the clinic’s senior physician. She’s cared for several generations of families and been part of more pregnancies than she can count.

Dr. Johnson is a skilled gynecologic surgeon who has mastered minimally invasive techniques. Dr. Johnson is equally well versed in medical approaches to problems that can often avoid the need for surgery.

Although Dr. Johnson is highly accomplished and has been named a “Top Doctor” by Mpls.St.Paul Magazine for several years, you’d never know it from talking to her. She’d rather talk about her medical mission trip to Bangladesh or her three children. In her free time she enjoys downhill skiing, a sport that has been part of her life since her early years in northern Minnesota.