97.8% Patient Satisfaction based on 19 ratings

Timothy Hickman
4.89
Based on 19 ratings 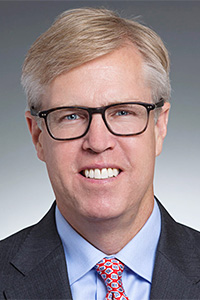 Dr. Hickman is the Medical Director and Co-Founder of CCRM Houston. He holds Clinical Associate Professor Appointments at both the Weill Cornell Medical College in conjunction with Houston Methodist Hospital as well as Texas A&M School of Medicine. He is a Board-Certified Reproductive Endocrinologist by American Board of Obstetrics and Gynecology, and is the President-Elect of the Society for Assisted Reproductive Technology. Additionally, Dr. Hickman has been named a “Top Doctor in Reproductive Endocrinology” by U.S. News and World Report, a “Top Doctor” and “Top Doctor for Women” by H-Texas Magazine and a “Texas Super Doc” by Texas Monthly Magazine.

After graduating from Brigham Young University, he received his M.D. from St. Louis University School of Medicine. His residency in Gynecology and Obstetrics and subspecialty training in Reproductive Endocrinology and Infertility were performed at Johns Hopkins University School of Medicine. Dr. Hickman then served as program director and medical director of the Air Force’s in vitro fertilization program at Wilford Hall Medical Center in San Antonio, Texas before co-founding Houston IVF (now known as CCRM Houston) with Dr. William Schoolcraft of CCRM. At CCRM Houston, he led the team that helped his patient become the first in Texas to achieve a pregnancy resulting in live birth using cryopreserved eggs.

Dr. Hickman is a Fellow of the ACOG, a Member of the ASRM, a Member of the Society for Reproductive Endocrinology and Infertility, and is the former Webmaster and Registry Committee Chair of the SART. He is the former American College of Obstetricians and Gynecologists Delegate to the American Medical Association-Resident Fellow Section and former ASRM delegate to the AMA Young Physician Section. Additionally, Dr. Hickman serves as an Oral Board examiner for the American Board of Obstetrics and Gynecology where he examines doctors when they apply for board certification.

He is the author of articles on in vitro fertilization, endometriosis, uterine fibroids, progesterone supplementation, psychosocial aspects of infertility, and ovulation disorders and has shared his data at national and international medical conferences held on these subjects.